Edinburgh is ‘key driver’ in commercial property sales across Scotland, with new proposals set to continue this success 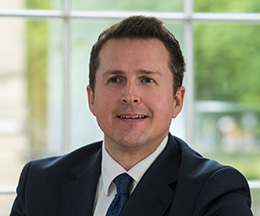 Compared with the same quarter of the previous year, both Edinburgh and Glasgow’s commercial property sectors grew in value – the capital going from £178 million to £462 million, and Scotland’s biggest city rising from £153 million in Q3 2018 to £216 million. Aberdeen, meanwhile, didn’t follow this upward trend, dropping £20 million compared with the previous year, from £52 million between July and September 2018 to £32 million.

For the first three quarters of 2019, Edinburgh totalled £834 million worth of commercial property sales while Glasgow and Aberdeen took £533 million and £103 million respectively.

Director of SPF, David Melhuish, commented on the findings:

“Q3 2019 was a strong quarter for commercial property sales; however, it comes on the back of a subdued first half of 2019, and the current one-year rolling total is still 3% lower than in the same period in 2018.”

Investment into Scotland’s commercial property also increased on a quarterly and annual basis, according to property data specialists CoStar UK. The analysis of the commercial sector found investors spent a total of £798 million in Scotland – the highest quarterly amount since Q1 2018 and more investment than any other UK region outside of London and the South East.

In light of Edinburgh’s continued success in the commercial property sector, ambitious proposals for one of the city’s most significant development projects have also been released. Hoping to transform the former Royal Bank of Scotland site in Edinburgh’s New Town, the New Town North (NTN) development is expected to host up to 100 new homes, 200 build-to-rent apartments, 100,00 sq. ft of premium office space, a new hotel, as well as various local amenities.

Following the closure of the 5.9-acre RBS building back in 2017, newly published research shows the NTN development, which sits between Dundas Street and King George V Park, could bring ‘significant economic benefit’ to not only the local area but the wider Edinburgh economy. The Waterman Group, a UK planning and engineering consultancy, released a report which stated the operational phase of the NTN would create over 700 full-time jobs, while generating an annual Gross Added Value (GVA) economic uplift of £34.4 million to the regional economy. The construction phase alone is expected to create a further £27.7 million GVA at a regional level.

If this blog has raised questions and you would like to discuss any aspect of Commercial Property, please get in touch with Murray Beith Murray today using our Contact Form or call us on 0131 225 1200 to speak with one of our specialist solicitors.

Foreign power of attorney – what are they and are ...
Murray Beith Murray and CHAS partnership