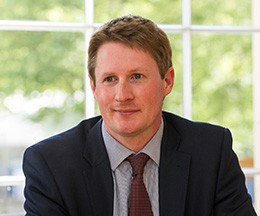 Philip Buchan, an Associate with Murray Beith Murray, writes in the Scotsman this week (Monday, 19 February 2018):

On 1 December 2017, the provisions of the Private Housing (Tenancies) (Scotland) Act 2016 replaced the familiar assured tenancy regime with a new residential tenancy known as a Private Residential Tenancy. It is no longer possible to enter into an Assured Tenancy or, more commonly, a Short Assured Tenancy and the change is thought likely to have a detrimental effect in the rural rental sector.

The Act applies to new residential tenancy agreements, with existing tenancies continuing to operate under the old regime until brought to an end by the landlord or tenant serving notice to quit the let property. One of the fundamental changes under the new regime is that a PRT does not have a fixed term. Therefore, a tenant wishing to move on may terminate the PRT at any time by giving 28 days’ notice to the landlord specifying the tenant’s wish to end the agreement and the end-date.

Further, under the assured tenancy system, short assured tenancies can be terminated by a landlord at the end of the fixed term for no other reason than it being the end of the fixed term (the “no fault” ground for repossession) but this ground has been abolished under the new Act, meaning PRTs continue until the tenant serves notice on the landlord or the landlord can establish one of 18 grounds for repossession.

These grounds include situations where the landlord is intending to live in the property or sell it, where the landlord intends to use the property for non-residential purposes, where the tenant is in rent arrears or conducting anti-social behaviour, or where there has been a breach of the tenancy agreement. These do not include repossession for occupation by an agricultural employee which in the past has been a ground for repossession.

The outcome is that property owners can no longer rely on the certainty that property can be let on a short-term basis which has a bearing if there is a possibility that an owner may have to plan for the need to house a new or retiring employee.

If the property is a flat or similar within a larger divided building, a property owner may be unwilling to immediately commit to a longer-term arrangement.

There is also a feeling that a landlord in a remote location may find it an onerous task to prove that a tenant has engaged in anti-social behaviour.

The effect may be to reduce the number of investors buying property for long term let and instead engaging in holiday letting, thus bringing about an overall reduction in the supply of available rental accommodation in rural areas.

The Crown Estate is a collection of property which includes seabed out to twelve nautical miles covering some 750 fish farming sites, approximately one-half of Scotland’s foreshore including moorings, ports and harbours; agricultural and forestry land; and rights to fish wild salmon and sea trout, where not disposed of to private individuals. The Bill re-names these assets the “Scottish Crown Estate”.

The Monarch owns the assets and management responsibility currently rests with the Scottish Ministers who delegate to Crown Estate Scotland (Interim Management), a public corporation which manages the assets until new legislation sets out permanent arrangements. In terms of the Bill, the organisation’s name is to be changed to “Crown Estate Scotland” while retaining its status as a Scottish public body accountable to both the Scottish Ministers and the Scottish Parliament. The organisation will continue as manager until such time as a new manager is appointed for each asset.

The aim of the Bill is to be as inclusive as possible as regards the range of bodies able to take on management responsibility and opens up the possibility of councils and community bodies managing assets directly. However, it is recognised that there may be a need for some assets to be managed at national level.

A strategic management plan is to be laid before the Scottish Parliament, setting out the contribution of the Crown Estate to the objectives, priorities and policies of the Scottish Ministers and the plan is to be reviewed every 5 years.

Managers will be required to maintain annual reports, management plans and accounts and they will be under a duty to maintain and seek to enhance the value of the assets under their management, taking socio-economic and environmental factors into consideration.

It will remain to be seen what effect the transfer or delegation of the management of these assets has upon the value of the assets and those who have existing agreements.

The Bill is currently at stage 1 of the legislative process.

Philip Buchan is an Associate with Murray Beith Murray

(View the article published in The Scotsman here)