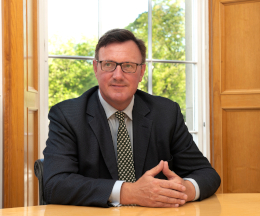 The purpose of this article is to consider some practical points that can be encountered when looking to make claims with particular focus on tenant’s fixtures and tenant’s improvements- including some of the key differences between tenancies under the Agricultural Holdings (Scotland) Act 1991 (the “1991 Act”) and the Agricultural Holdings (Scotland) Act 2003 (the “2003 Act”).  If either landlord or tenant gets the practice around these wrong then the scope for unintended consequences, or lost value, can be significant.

Historically, many secure tenancies ended ‘by agreement’ rather than ‘by notice’.  Where a tenancy ends by agreement, whether on the retiral of a tenant or otherwise, the parties (or their agents) will generally adjust and agree what the waygoing claim/counter claim is.  In this, they will consider the position of improvements, fixtures etc, but without immediate pressure from the end of tenancy statutory time limits for claims to be made.  Once there is agreement on the items being claimed, and (typically) their global value, it will be over to the lawyers to agree documentation that ends the tenancy and provides a legally binding mechanism for payment of sums due- typically in return for a Notice of Intention to Quit.  This is often the position when a 1991 Act tenant retires from a lease that could otherwise continue running year to year indefinitely.

The main alternative to ending tenancies ‘by agreement’ is having them end either (i) at their expiry or (ii) by Notice.  With Limited Partnership leases, and leases under the 2003 Act, termination at expiry or by Notice is the more usual way of ending a tenancy.  This means tenants will have less control around when the lease will end and as such may need to make formal end of tenancy claims.  As many early LDTs (typically granted for 15 years) are now ending, there are perhaps more leases ending today where the statutory procedure for end of tenancy claims will be followed than there have been in recent decades.  Furthermore, there are significant differences for end of tenancy claims for 1991 Act leases and 2003 Act leases which both the parties to a lease and their advisers need to be aware of.

Parties must bear in mind the different treatment of tenant’s fixtures between a 1991 Act lease and a 2003 Act lease.  Broadly speaking, a fixture is an item of fixed equipment (typically affixed to the land) that belongs to the tenant, but upon which he is not rented but which does not have status as an improvement meaning there is no obligation on the landlord or incomer to take it over at waygo and pay end of tenancy compensation.

Section 18 will apply at the end of a Limited Partnership lease, being a 1991 Act tenancy.

2003 Act tenants should be wary - without first checking their lease - of accepting (e.g. in response to service of an improvement notice on their landlord) as fixtures items that should properly be tenant’s improvements.  This was often done under 1991 Act tenancies as a half-way house to make an item not rentable during the lease but also not compensatable at waygo.  Accepting such a proposal blindly on a 2003 Act tenancy is not a safe option.

In considering the different treatment of fixtures as between 1991 Act tenancies and 2003 Act tenancies, those on 2003 Act tenancies need to make sure that either all works done by them are properly established as tenant’s improvements or that their lease sufficiently imports Section 18 of the 1991 Act so as to allow claims for fixtures to be made ahead of waygo.  This is not something that can be done around the waygo of a 2003 Act tenancy unless Section 18 has been imported, and if there are 2003 Act tenants with ‘fixtures’ that are not properly established as improvements then they should consider making use of the COVID extension to the amnesty period if they have not done so already.

Whether a lease ends on its expiry or by notice, the mechanism for claiming improvements has broad similarity for both 1991 Act and 2003 Act tenancies. The tenant will have two months from the end of the lease to make a claim.  Tenancies under either Act both refer to Schedule 5 of the 1991 Act for the list of items that are allowable as improvements.  However, it must be remembered that the updates to the list of works claimable as Schedule 5 improvements is not retrospective and so do not benefit Amnesty claims.

Both the 1991 Act and the 2003 Act allow that where a tenant has been in occupation for two or more tenancies, then he is not prevented from claiming compensation because an improvement was carried out other than during the currency of the lease that is in the process of termination.

It is generally accepted that the identity of the tenant must be the same in such successive tenancies, such that a tenant who may have been a joint tenant under a previous lease and who is now nearing the end of a lease in his own name, may not be able to look back to the start of the earlier lease for a waygo improvement claim.

While distinguishing the claim position of a former general partner under a three-year extension under Section 72 of the 2003 Act, this question of identity can be a particular problem where a tenant was historically a general partner under a Partnership Lease, unless the lease about to end makes it clear what improvements (and fixtures…) were carried forward into it from the original partnership lease.

Other points that may need consideration well ahead of the end of a tenancy are the provisions around the last year of the tenancy in terms of cropping and a range of items, such as fodder or cultivations, that an incomer may be expected to take over.  Again, these provisions of the lease need to be considered well ahead of time.

If future fixed duration tenancies mean that there more ingos and waygos over the average tenant farmer’s working life than there have been in recent decades, then the importance of getting the practical steps around the prior notification and claiming of improvements will increase.  Fixtures may be less a part of the landscape than now.  For previous generations, when greater security of tenure was on offer, there were for a time fewer comings and goings.  Perhaps we are looking forward to a system which in some ways is more like that in existence pre-1948, i.e. before security of tenure.  In that previous era of fixed duration tenancies, professional practice around claims may have been understood better as claims will have been regularly made, hence they were among the first aspects of protection that were provided by Parliament in 1883.   If we are looking forward to a return to such a system, then the importance of accurate record keeping on improvements, and maintenance of an understanding of when a lease will end, will be important.  As ever, professional advice should be taken.

If this article has raised any questions or you would like to discuss a matter related to rural property, please email This email address is being protected from spambots. You need JavaScript enabled to view it., call 07580 774 637 or complete our enquiry form.

Murray Beith Murray success in Chambers High Net W...
How to handle your executor duties during the Coro...