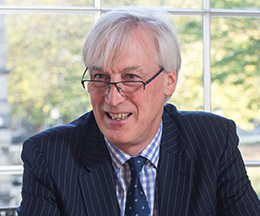 As a valuable resource, efforts to manage and protect salmon have existed for centuries.  Initially it was seen entirely as a food resource, but its sporting value became increasingly important. As early as the 17th Century the Scottish Parliament legislated to protect the annual migration of salmon and in the 19th Century Parliament legislated to empower the proprietors of each river in Scotland to do such acts as are expedient for the “the more effectual preservation and increase of salmon.”  In those days protection took the form of prosecution of poaching offences, restrictions on obstructions such as mill dams and early attempts to prevent pollution.  These efforts helped to bring many rivers out of the grip of industrialisation where fisheries’ interests had been sacrificed to commercial interests.  This arrangement worked reasonably for many years with the District Salmon Fishery Boards who managed each river being made up of a mix of netting and rod fishing interests.  At that point netting interests dominated in terms of catches.

As salmon became less abundant the net fisheries increasingly became uneconomic leaving most Fishery Boards dominated by the rod fisheries.  There was a realisation that in addition to addressing the historic threats of poaching and pollution, more effort was needed to understand and protect the habitat of the fish.  Culturally also the mood began to change.  Good management had historically been seen as maximising the catch which over the centuries had enjoyed a high value in the fish markets of the capital cities.  A realisation of the vulnerability of stocks led to increased research into the protection of salmon whilst in fresh water and Government involvement led to the designation of many Scottish Salmon Rivers as Special Areas of Conservation.

The river proprietors do not of course own the salmon.  They are wild and do not belong to anyone until captured.  The owner of a fishery simply has the right to fish for salmon and through the Fishery Boards the proprietors are collectively expected to work together to manage the river for the benefit of the fisheries and the fish stocks.

As Government has intervened further to protect salmon that right “to take” salmon has narrowed further.  Rivers are now graded and on those rivers that are graded 3, all salmon must be returned to the water and, even where grading is 1 or 2, Fishery Boards have introduced catch and release policies to protect part or all of the season.  There is an increased realisation that the return of fish is necessary to preserve salmon stocks and in even the most productive rivers return rates are currently on average in excess of 85%.  Commercial netting for salmon is now a rarity and may cease before too long.  This change has primarily been driven by the significant decline in salmon numbers, but it is an illustration of the collective ability of Government, Fishery Boards, associated trusts and fisheries to protect salmon in fresh waters.  Global forces, as never before, are threatening the survival of wild salmon with there being high mortality on the high seas and increased concern about the effects of global warming on river temperatures.  The collaborative approach towards the management of fisheries is at least an opportunity to maximise the chances of salmon survival whilst they migrate upstream to spawn.

Fundamentally, the fisherman remains the catcher of the fish, but the return of the fish to the water provides it with an opportunity to spawn and thereby contribute to the river’s fish stocks.  In-river predation remains a major issue and a delicate balance has to be struck through modifying the protection afforded to those animals and birds which prey on salmon and their juveniles.  Recent studies have indicated that as many as 50% of salmon smolts do not survive their downstream journey to the sea.  There is also still much to be done in the head waters through shading of the tributaries by tree planting to cool the water temperature.

The history of the management of salmon over the past centuries does however give us hope that management practices will continue to adapt to protect both the salmon and the fisheries which depend on its successful survival.

Murray Beith Murray have vast experience in rural property and countryside matters. If you would like more information or you have a matter to discuss, please complete our contact form or call us on 0131 225 1200.

Tax Day 2021 – The key points
How to choose an executor