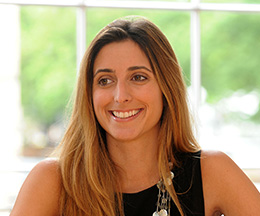 On 30 January 2020, the All-Party Parliamentary Group (APPG) for Inheritance & Intergenerational Fairness published a report proposing a radical change to the current inheritance tax (IHT) regime. The report – named Reform on Inheritance Tax – suggests replacing the IHT system with a flat-rate gift tax payable on both lifetime and death transfers.

The proposed changes were announced following two reports from the Office of Tax Simplification (OTS).

It has since been reported that the Chancellor is considering Inheritance Tax reform at the Budget on 11 March.

In this blog, we will look at the recommendations from the APPG, how the current system works, and the seven-year rule.

What are the APPG’s recommendations?

In the 2020 report, the APPG listed two key recommendations for the Government:

(1) Policymakers replace the IHT regime with a tax on lifetime and death transfers at a suggested rate of 10 per cent instead of the 40 per cent currently levied on estates valued over the nil-rate band (NRB). The APPG’s report also suggests abolishing the majority of reliefs (such as business property relief and agricultural property relief), the seven-year rule for potentially exempt transfers (PETs), and the CGT uplift on death.

(2) HM Revenue and Customs (HMRC) and HM Treasury should be given greater powers over the collation of meaningful data with compulsory electronic reporting of lifetime gifts over a certain threshold.

For estates worth more than £2million, the first £2million would be taxed at 10 percent and the IHT rate would rise to a maximum of 20 per cent on the value of the estate above that level, which research suggests is the typical rate at which people begin to consider tax planning to minimise their IHT liabilities. The NRB would be replaced by a ‘death allowance’, set at a similar level to the current NRB of £325,000, which is available only on death, regardless of previous lifetime giving.

What is the current rate of IHT?

Every individual has a NRB in which IHT is charged at 0%. In addition to this, there are allowances, exemptions and reliefs which reduce the amount of IHT payable, if certain conditions are met. The standard Inheritance Tax rate is 40 per cent and it is only charged on the part of your estate that is above the NRB.

Under the current system - and provided the donor survives seven years after making a lifetime gift - PETs allow large amounts of wealth to be passed tax-free.

In July 2019, the OTS said the seven-year rule made it difficult for executors as bank statements were only available for six years and, for this reason, concluded it should be cut to five years.

Meanwhile, the APPG’s recent report proposes to abolish PETs completely, with lifetime gifts under £30,000 each year being tax-free, and those above the threshold being taxed immediately at 10 per cent.

What are the implications?

Reform of the current IHT regime could have a significant impact on how we approach estate planning and may also impact on arrangements that individuals currently have in place.

Whilst the current rules are known, and reliefs are available, you may wish to review your affairs and consider whether actions should be taken before any changes are introduced.

If you have any questions about the issues covered here, or if you would like to discuss estate planning with our lawyers, please call us on 0131 341 4075 or fill in our contact form.

Our personal, attentive service coupled with sage, astute and commercially-minded guidance, allows us to build long-term, ongoing relationships with our clients, helping them to protect assets throughout generations. Our highly personal service reflects our culture, which is centred on integrity and trust, and the expert guidance we provide has been designed to be an investment, not an expense.

It is not too late to carry out tax planning in th...
Changes to Private Residential Reliefs