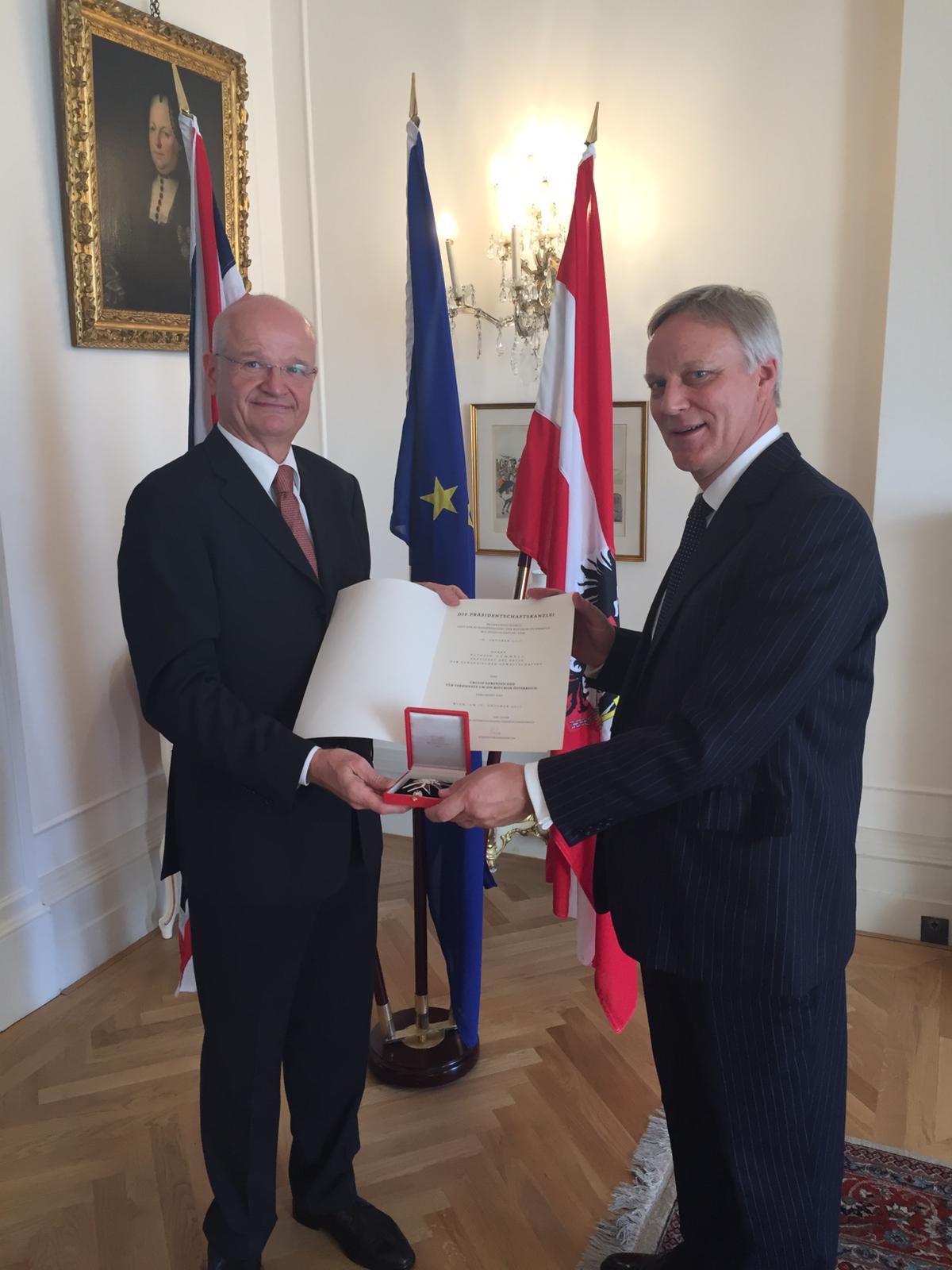 Ruthven Gemmell has been awarded the Austrian Grand Decoration of Honour for Services to the Republic of Austria, one of the nation’s highest honours.

Michael Zimmermann, Ambassador of Austria to the UK, said that it was a distinct honour to confer the award at a ceremony held on Tuesday 16 October.  Ruthven is former President of the Council of Bars and Law Societies of Europe (CCBE) and the first UK solicitor to preside over the body which represents over one million lawyers across Europe.